The views shown here are derived from topographic mapping of Voyager images obtained August 1989, 20 years ago this week! Triton was the last solid object visited by the Voyager spacecraft on their epic 10 year tour of the Outer Solar System. The surface of Triton is very rugged, scarred by diapirs, faults and volcanic eruptions and flows composed of melted ices. The surface is also extremely young and sparsely cratered. It may even be younger than the surface of Europa, one of the first objects visited by Voyager 30 years ago this summer. These views show volcanic pit chains and terrains. The middle view shows two large walled plains 150 to 200 kilometers across. Each view is on the order of 500 km across. A new version of the flyover movie posted on my Facebook site will be released later this week to commemorate the Voyager anniversary. 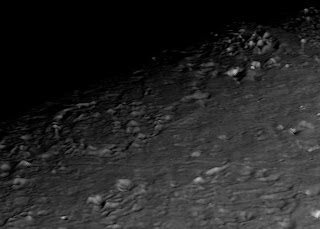 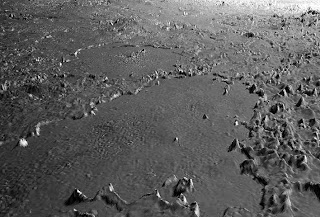 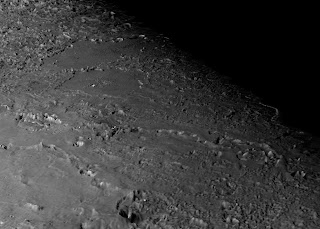 All Images Credit: Paul Schenk, Lunar and Planetary Institute.
Use is not restricted, but a request for use (or for a quality digital copy) should be forwarded to the author. Proper credit is always appreciated!